Pokémon GO 0.57.2 for Android devices is now available. The company also released Pokemon Go update 1.27.2 for iOS. The latest update brings 80 more Pokémon that were originally discovered in the Johto region in the Pokémon Gold and Pokémon Silver games.

The new 80 Pokemon will now appear around the world, including Chikorita, Cyndaquil, and Totodile. Also, there are other exciting features in latest Pokémon GO update. Additionally, Pokémon Storage upgrades now require 50% fewer PokéCoins starting the afternoon of Feb. 16–28 PST. Check out more details below. 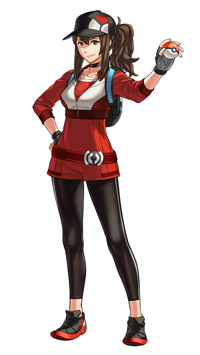 You will see more than 80 Pokémon from the Johto region for the first time. In addition, you’ll be able to discover and catch gender-specific variations of select wild Pokémon. Note that some of the Pokémon you may have already encountered may be able to evolve into Pokémon that were previously not seen in Pokémon GO. Look for new Evolution items that can be used to evolve some Pokémon. These items can be obtained by spinning Photo Discs at PokéStops.

Now, when you encounter Pokémon in the wild, don’t be surprised if they react in new ways when you try to catch them. There is also a simple new way to quickly select items during encounters.

After Pokemon GO 0.57.2 for Android and 1.27.2 for iOS update, when you visit a PokéStop, you’ll now have the opportunity to get new Berries that Pokémon love. Give a Pokémon a Nanab Berry to slow its movements, making it easier to catch. Or give it a Pinap Berry to double the amount of Candy you’ll receive if your next catch attempt succeeds.

New Avatars and an Expanded Wardrobe

Give your avatar a new look with customizable apparel and accessories. Upgrade your style with new items.

Previously, the company released Pokémon GO 0.55.0 for Android and 1.25.0 for iOS. Meanwhile, according to Niantic, people have collectively walked the equivalent of 200,000 trips around the Earth in search of Pokemon. Additionally, players have caught 88 billion Pokemon, which comes out to about 533 million every day.

You can download latest Pokemon GO 0.57.2 for Android and 1.27.2 for iOS update from link below.
[appbox appstore id1094591345][appbox googleplay com.nianticlabs.pokemongo&hl=en]