Sony is now rolling out PS4 System Software Update 4.50 for testers. Those of you selected for our beta program will receive PlayStation 4 System Software version 4.50 (codenamed Sasuke). Sony will email testers with instructions on how to download and get started.

Now Sony PS4 users can use external HDD with their console. With this update, you have the option to store content to an external HDD. Just plug a USB 3.0 HDD into your PS4 and that’s it.

This is compatible with HDDs up to 8TB in size. You can download and install applications directly to your extra storage, and the saved contents are easily manageable through the settings menu. Also, all the applications saved in the external HDD will appear in the Content Launcher of the Home Screen so it’s easy to keep track of what apps you launched recently.

PS4 System Software Update 4.50 adds the ability to set your favorite in-game screenshot as the background image for PS4’s home screen. Drop-shadows on text, and the option to dim the Function Area, will help keep the system icons and texts on the home screen clearly visible even if the background image you selected is super bright. 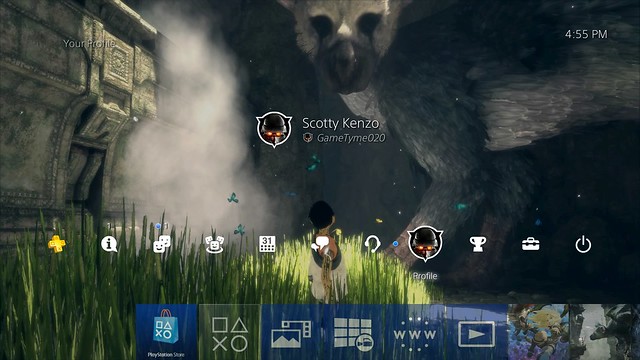 You can also edit screenshots using Photo Mode in Sharefactory to make your one-and-only custom wallpaper.

With PS4 System Software Update 4.50 the Quick Menu will cover even less of your gameplay screen, and you’ll be able to access handy Party features via Online Friends, like creating new parties, inviting friends, and joining parties, without transitioning to the separate Party app. The goal is to keep you in the game — and not stuck in menus. 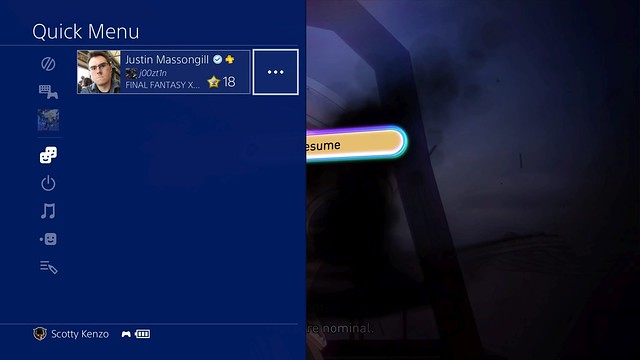 Sony has condensed all of the tabs to a single simplified list with this PS4 System Software Update 4.50, making it easier to see all of your notifications all at-a-glance. 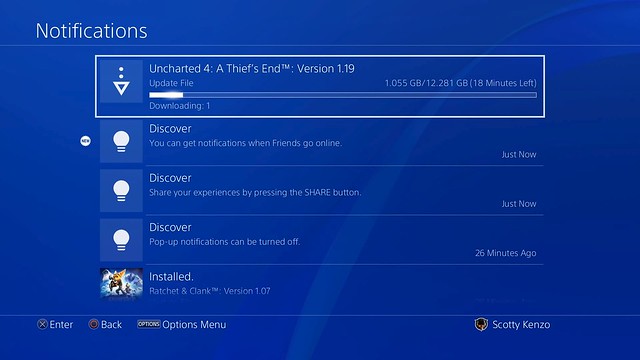 You can also quickly access the Notification settings from the Options Menu to turn off or customize which pop-up notifications appear on your screen, so you’re only being notified about your top priorities.

PS4 System Software Update 4.50 also adding the ability to post directly into the Activity Feed, which appears in a variety of places across the console, including What’s New. Under What’s New, you’ll see a new option to post things like text, screenshots, and gifs directly into your Activity Feed. You can also tag games or other users to make sure they don’t miss your post. It’s a great way to show off your greatest triumphs.

Tying into this new feature, Live from PlayStation will show screenshots that users uploaded to PSN as a Public Activity, so you can show off your best gameplay moments not only to your friends, but to users around the globe.