Yesterday, Intel announced it’s 28-core/56-thread high-end desktop processor. The CPU will run at 2.70 GHz as a base clock and turbo frequency up to 5.00 GHz. In Cinebench, it achieved a score of 7,334 on stage, something that’s only bested by multi-processor systems.

The second-gen AMD Threadripper processor will be built using a 12nm process and will be available to buy in the third quarter of this year.

The company also announced a new core i7 and i5 processors for laptops with 14nm process technology enabling them to deliver up to 41 percent more frames per second in gameplay or edit 4K video up to 59 percent faster than the 7th generation with same discrete graphics.

The new Intel Core i9-8950HK processor features six cores and 12 threads. It comes fully unlocked and features the new Intel Thermal Velocity Boost (TVB), which opportunistically and automatically increases clock frequency up to 200 MHz if the processor temperature is low enough and turbo power budget is available. This translates to a turbo frequency of up to 4.8 GHz.

Intel has also released a new Data Drive Acceleration feature that delivers a boost to a large secondary HDD data drive. This powerful combination provides up to 4.7 times the game loading and 1.7 times faster media loading.

Consumers will also begin to see a new platform extension with Intel Core i5+, i7+ and i9+ badges on select systems, starting with today’s high-performance 8th Gen Intel Core mobile processors and desktop processors. This indicates they are purchasing a device that has the combination of Intel Core performance with the acceleration of Intel Optane memory.

Intel has announced its 8th-Generation Core i7 and Core i5 H-series processors with AMD Vega graphics. The new processors include both the CPU and GPU on the same die. According to the Intel, this reduced the silicon footprint by 50%. Intel’s integrated graphics memory is shared with the system memory, so with dedicated graphics and eight lanes of high-speed PCI Express Gen 3 between the two, performance is greatly increased.

According to the Intel’s official slides, the new dedicated AMD RX Vega M graphics: GL and GH can beat Nvidia 1050 and Nvidia 1060 graphics cards in performance.

Intel 8th-Generation Core i7 and Core i5 H-series processors will feature in gaming as well as ultrabooks laptops.

Qualcomm has announced its latest Snapdragon 845 flagship chipset. The new Snapdragon 845 packs an octa-core CPU, clocked at up to 2.8 GHz, as well as a new GPU and AI platform, based on the Hexagon 685 DSP. According to the company, there will be an overall “25-percent performance uplift” over the previous generation.

The Adreno 630 GPU will handle the graphics department. Qualcomm promises 30% faster graphics and 30% better power efficiency with the new chip. Thanks to a 2.5x faster display throughput, a 2K x 2K display should be able to efficiently run at 120 Hz using the new GPU.

Qualcomm is also touting VR and AR capability right out of the box, including eye tracking, hand tracking, and multiview rendering. The new Hexagon 685 DSP will also work as an AI image coprocessor. This will make voice assistants three times faster than the previous generation. It will support Android 8.1 Oreo’s Neural Networks API for improved always-on keyword detection and super-efficient voice processing.

Qualcomm will start shipping the new chipset to smartphone manufacturers in early 2018. The first flagships with the Snapdragon 845 will be the Xiaomi Mi 7. Samsung Galaxy S9 will also feature this new chipset.

The update 10.13.2 brings the compatibility improvements for third-party USB audio devices as well as Braille displays with Mail. Check out more features below.

Intel and Advanced Micro Devices (AMD) are coming together to produce a laptop chip. This upcoming chip will use an Intel processor and an AMD graphics unit. The new chip will be made for thin and portable laptops, but still powerful enough for gamers who need a stronger option to play intensive games. It’ll be part of Intel’s 8th-gen Intel Core line.

AMD specified that these new Intel chips will not include Ryzen chips. The new graphics chip will be different from Ryzen chips and will be aimed at serious gamers. 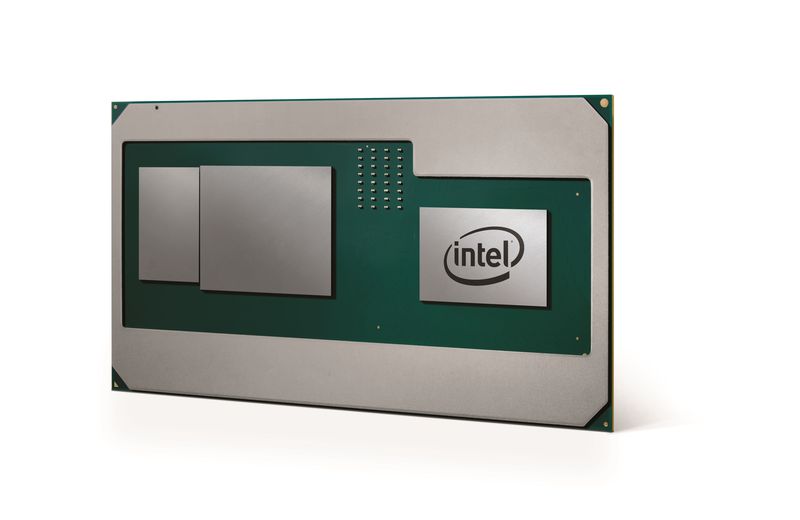 Intel says this is the first consumer product that uses the EMIB small intelligent bridge design, which allows information to be passed quickly in “extremely close proximity.” The bridge allows chips to be both smaller and more powerful. The new chip will use HBM2, and can be used in devices including notebooks, two-in-ones, and mini desktops.

The new Intel and AMD partnership will compete against Nvidia which is also working on hardware for AI applications.

AMD has unveiled new Ryzen mobile processors for 2-in-1s, convertibles, and ultrathin notebook computers. The company claims that its new mobile CPUs are the world’s fastest CPUs for these devices.

Ryzen 7 2700U with Radeon Vega Graphics:

Ryzen 5 2500U with Radeon Vega Graphics:

A major vulnerability has been discovered in Wi-Fi encryption that can allow attackers to read Wi-Fi traffic between devices and wireless access points. Attackers can even modify the key to inject malware into websites. Researchers have disclosed that Android and Linux-based devices are the worst affected. Researchers claim the attack works against all modern Wi-Fi networks using WPA or WPA 2 encryption, and that the weakness is in the Wi-Fi standard itself so it affects macOS, Windows, Android, and Linux devices.

The attack requires that a device be in range to a malicious device. By intercepting traffic, attackers can read information that was previously assumed to be safely encrypted, and hackers don’t need to even crack a Wi-Fi password to achieve this.

This hack can be used to steal credit card numbers, passwords, chat messages, photos, emails, and much more.

41 percent of Android devices are vulnerable to this new Wi-Fi attack. Android devices will require security patches to protect against this. Currently, the exploit doesn’t target access points. The attack exploits vulnerabilities in the 4-way handshake of the WPA2 protocol, a security handshake that ensures client and access points have the same password when joining a Wi-Fi network.

As this is a client-based attack, expect to see a number of patches for devices in the coming weeks.

Changing the password of your Wi-Fi network does not prevent (or mitigate) the attack. So you do not have to update the password of your Wi-Fi network. Instead, you should make sure all your devices are updated, and you should also update the firmware of your router. After updating your router, you can optionally change the Wi-Fi password as an extra precaution.

Yes, that network configuration is also vulnerable. The attack works against both WPA1 and WPA2, against personal and enterprise networks, and against any cipher suite being used (WPA-TKIP, AES-CCMP, and GCMP).

Is my device vulnerable?

Any device that uses Wi-Fi is likely vulnerable. Contact your vendor for more information.

Intel today officially announced its 8th Gen Intel Core processors. The company launches U model processors for laptops with quad-core support. A total of four Core i5 and Core i7 8xxxU are being released. According to the company, the new 8th Gen family will even include some of Intel’s first 10 nm products.

These new mobile family processors boost of up to 40 percent performance gain over the previous gen, and that jumps to 2x if you compare it with a 5-year-old machine. This is all thanks to the new quad-core configuration, power-efficient micro architecture, advanced process technology and a huge range of silicon optimizations. The latest 8th Gen Intel Core Processors deliver the platform-wide improvements that embrace and enhance from 4K to VR and beyond.