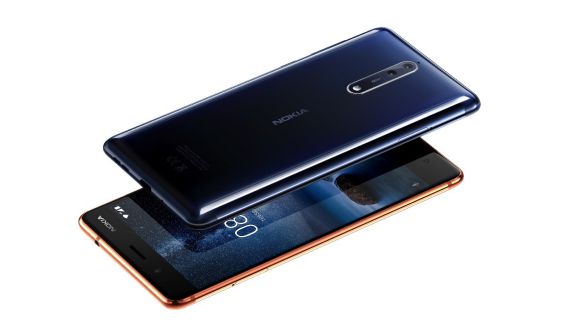 Previously, the company released the Nokia 6 with a Snapdragon 430 chipset, and the Nokia 3 and 5 as lower end devices.

Nokia’s Bothie feature allows users to snap photos or record video using footage from both the front and rear cameras, split down the middle 50/50 and then be streamed directly to Facebook Live or YouTube natively from the camera app.

Sound – The new Nokia flagship smartphone comes with Ozo Audio. The phone uses multiple microphones to capture high dynamic range and record binaural audio, which produces a high-quality stereo sound when you go to share the video with your friends, family, or YouTube/Facebook fans.

Colors – The Nokia 8 will launch in four colors – Polished Blue, Polished Copper, Tempered Blue, and Steel. Keep in mind some of these colors could be specific to certain regions or carriers.

Nokia 8 will be available on September 6th globally for a price of 599 Euros.