Cortana can help you keep track of the important stuff wherever you are, across your devices. Set a reminder on your PC to pick something up at the store and she’ll alert you on your phone when you get there.

What’s new in Cortana for iPad:

Microsoft Launcher beta update 4.6 for Android is now rolling out for testers. The latest update comes with Cortana integration and other new features.

Microsoft’s digital assistant is now a part of Microsoft Launcher. You can now access Cortana with a right-swipe from your home screen. You can use the digital assistant to do things like make calls, change your wallpaper, schedule meetings, and more.

You can download the app from the link below.

Microsoft Cortana 2.9.8.2007 update for Android is now available for download. The latest beta update comes with a new widget ” Quick Actions ” which provides access to the main voice server functions.

In addition, there are various bug fixes and various enhancements. Check out full changelog below.

Invoke also features Harman’s Sonique far-field voice recognition technology with seven-microphones. Spotify Premium, iHeartRadio, and TuneIn will be available at launch. Microsoft is also working with Pandora to add their service in the near future.

You can pre-order Harman Kardon Invoke Speaker for $199 from Microsoft Store, Best Buy, and HarmanKardon.com.

Invoke will also feature unlimited free outbound calling from the United States to mobile phones and landlines in the U.S., Canada, Mexico, Puerto Rico, and Guam.

You’ll also be able to control your smart home devices, including those from SmartThings, Nest, Philips Hue, Wink, and Insteon. And with the Cortana Skills Kit announced this past spring, a growing list of partners and developers are creating intelligent, personalized experiences for Cortana, including Capital One, Expedia, Fitbit, OpenTable, and others.

Invoke will be available in-store and online at Microsoft Store, Best Buy, and online at HarmanKardon.com. Invoke comes in two color options, Pearl Silver (White) and Graphite (Black) and retails for $199.95 USD.

A new version of Cortana app is now available in Apple App Store. The latest Cortana version 2.6 for iOS comes with a new look with an improved and simplified user experience. Also, a new feature to create simple reminders is added.

In addition, there is now a new page to access the profile and settings for users to easily manage their preferences. Apart from this, there are minor bug fixes and various enhancements.

Today, Microsoft announced that Cortana is now available on Skype app as in-context assistance. The AI assistant now suggests useful information based on your chat, like restaurant options or movie reviews. Cortana also suggests smart replies, allowing you to respond to any message quickly and easily—without typing a thing.

Cortana can also help you organize your day. It can detect when you’re talking about scheduling events or things you have to do and will recommend setting up a reminder, which you will receive on all your devices that have Cortana enabled.

In addition, Cortana is also a contact in Skype. So now, you can have natural conversations in one-on-one chats with Cortana. You can also ask Cortana to check your flight status, give you a stock quote, or suggest the best restaurants in your area. 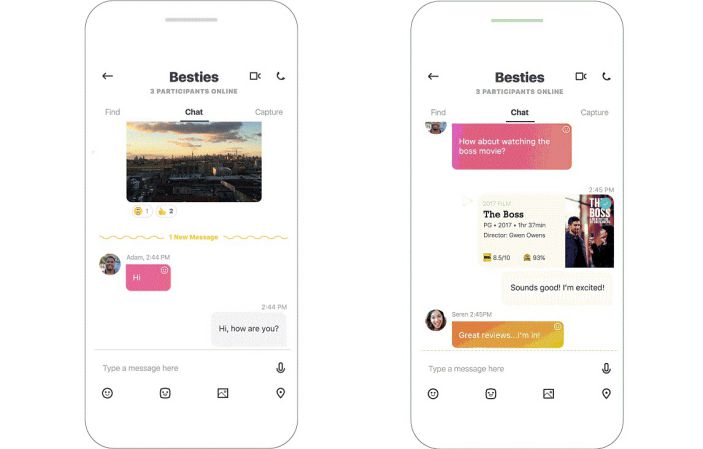 Cortana in Skype is now available for Android and iOS customers in the United States. However, the update will gradually roll out to everyone.

Microsoft Cortana 2.9.5.11939 update for Android is now available for download. The latest beta update comes with a new startup screen that advises you to set Cortana as the default server. In addition, a new ” To-do ” tab added on the main app screen. Now you can quickly add a new task or view them all. Check out full changelog below.

Microsoft Cortana 2.9.4.11905 update for Android is now available for download. The latest beta update introduces smart tips to help you quickly accomplish your business. In addition, you can now see the latest news and news in the My day section. The update also includes various other bug fixes and improvements to the app.