Google Voice Access Beta is a new accessibility app that allows users to control their phone using their voice. It’s designed to let people with disabilities take better advantage of core Android functions in a hands-free manner. With Voice Access, you can use a wide variety of voice commands.

For example, you can say ‘open Chrome’ or ‘go home’ to navigate around the phone, or interact with the screen by saying ‘click next’ or ‘scroll down’

It also incorporates a numeric system, so everything from apps to drop down menu options will be assigned a number you can say aloud to perform a task.

The company says it’s also introducing a new version of its text-to-speech navigation software for Chromebooks, as well as bringing voice-based editing to Google Docs. Google Voice Access is now available in Beta. Google says it should be released as a free Play Store app at some point in the future.

Instructions at Here. You’ll need to enroll in the testing program for the unreleased version of the app, after which you’ll be able to download it from the Play Store here for free.

In 2013, Google launched an official integrated development environment Android Studio to make app development for its mobile platform faster and more visual. That must have worked, as the Play Store is now bulging with nearly 1.6 million apps. However, it’s long overdue for an overhaul, so the search giant has launched Android Studio 2.0 with plenty of new speed and productivity features.

The most prominent addition is Instant Run, something the company has been refining in previews over the last year. When you change your code, you can instantly see how it affects the running app, with no need to recompile or reinstall the APK. That should “accelerate your edit, build and run cycles,” according to Google.

The Android device emulator now takes advantage of multi-core CPUs, making it three times faster than before. “In most situations, developing on the official Android Emulator is faster than a real device, and new features like Instant Run will work best with the new Android emulator,” Google says. The brand new interface will help you fine tune an app by letting you rotate the screen, drag-and-drop to install apps and use multi-touch controls like pinch to zoom.

Chromecast is now Google Cast. If you are currently using a Chromecast device, you might have noticed that after its last update, the Chromecast app is now called Google Cast. Not much has changed withing the update in terms of functionality. Like the new name suggests, Google is now branching out and trying to convey the message that its casting solution is no longer a proprietary thing. Besides its own dongles, the platform is now supported by a growing number of smart TVs from vendors like Sony and Sharp, as well as speakers.

The list of third-party partners is also growing. This actually looks to be indicative of what is going on behind the scenes and it is really quite natural. All these third party partners simply seem to be integrating the Chromecast hardware within their systems. It is elegant and cheap and makes quite a lot of sense when you think about it.

Now days we all use cloud storage, like Onedrive and Google Drive. But what if you want to move files from one cloud storage to other cloud storage. Yes, you could just download and re-upload all your files, but you can also do this a faster way. Your home Internet connection’s upload speed is usually the bottleneck here. Use a service that will move your files between services for you and you won’t have to worry about your upload speed or even leaving your computer on. Here is how. 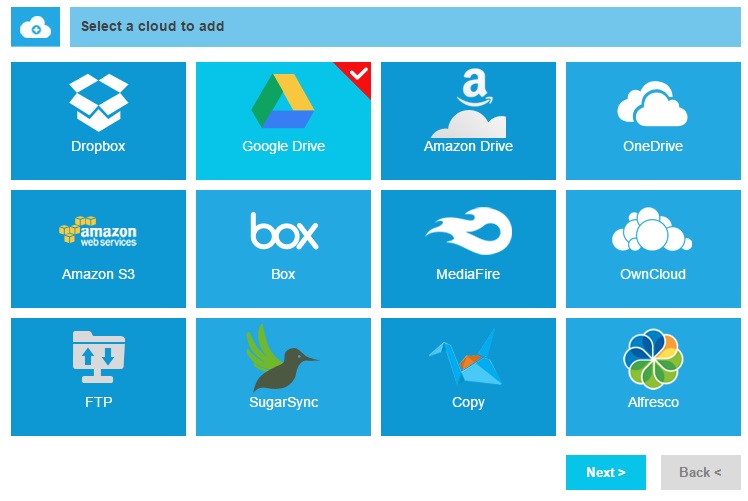 2. Click next and add your credentials for your cloud storage.

3. After adding all your Cload Storage drives, it will look like image below.

4. Now go to cloud storage and copy file, which you want to move. 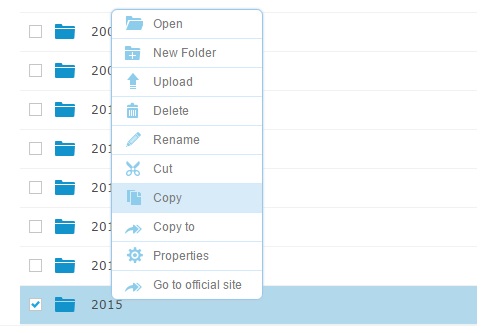 5. Paste file to your desired storage.

MultiCloud will transfer files for you. There are more services like mover.io. Be sure to look at the fine print — many services require a payment, even for personal use.

Google is removing ads from the right-hand side of search results and putting them only at the top and bottom of the page. The change was first reported by The SEM Post with Google later confirming the move. Usually Google’s ads are shown all over the page — a mixture of top, bottom, and right-hand positions, based on the specific query — but this change leaves the sidebar free for Google’s Product Listing Ads.

GOOGLE SAYS THE CHANGE IS GLOBAL

But while the right-hand side ads are being removed for all queries, a fourth (additional) ad will be placed at the top of the page for certain lucrative searches — those for hotels or car insurance, for example. “We’ve been testing this layout for a long time so some people might see it on a very small number of commercial queries,” said the company. “We’ll continue to make tweaks, but this is designed for highly commercial queries where the layout is able to provide more relevant results for people searching and better performance for advertisers.” Google also confirmed that the change is global and affects all languages.

Even Adobe is sick of Flash — the software’s creator has started urging people to stop using it in favor of HTML5 — but the player still persists in web ads across the internet. Fortunately, that may soon be about to end. Google has announced that from June 30th this year, its widely used AdWords and DoubleClick advertizing services will no longer allow uploads of ads built in Flash, forcing users to code their display ads in HTML5 instead. From January 2nd next year, Flash ads won’t run at all on DoubleClick or the Google Display Network.

Google has slowly shifted in favor of HTML5 in recent years, adopting the format as default on YouTube, and making it easier for ad creators to switch their campaigns from Flash to the newer format. Adobe’s vulnerability-riddled player made up only six percent of mobile and web video in 2015, down from 21 percent in 2014, but its regular use in ad campaigns has kept it in use longer than expected. With the internet’s biggest and most important ad networks giving up on the format, we might actually succeed in kicked the player from our browsers in two years, but the software still has a foothold — Google says that Flash video ads aren’t included in the cull “at this time.”

Much like a similar promotion last year, Google users can claim 2GB of permanent drive space for free by completing a simple security checkup. In an improvement to the offer, there is no longer a waiting period before the extra Google Drive space is applied. It will show up immediately. Furthermore, if you participated last year, you can receive the extra 2GB again.

The promotion first ran last year to mark Safer Internet Day on February 9th. Google is yet to confirm this year’s promotion, however it appears to be running in much the same way.

To complete the check up, users will be asked to confirm their account recovery information, connected devices, and app permission settings. The process can take a matter of seconds. Users have confirmed seeing the extra drive space has been applied to their account after checking their storage settings. It is listed as, “2016 security check-up bonus”.

It is unclear when the promotion will end, though last year users had until February 17th to claim their 2GB. To obtain the extra Google Drive space, complete the security checkup here.