Mass Effect Andromeda update 1.10 for PS4, Xbox One, and PC is now available for download. The latest update has fixed the issue where Bulwark, Siphon, and Concussive variants of pistols and sniper rifles would prime enemies too slowly when using special ammo.

In addition, with this new update veteran ranks of characters will only drop after all characters of that rarity have been unlocked to rank 10. Also, Naladen explosion now deals damage when Cryo or Incendiary Ammo is equipped. Check out full changelog below.

The update includes the Platinum difficulty in Multiplayer that features a new mixed enemy faction as well as further improvements to facial animations and cinematics. The new patch also improved stability, fixes for several reported issues, the ability to dismantle the X5 Ghost, and more. Check out more details below.

Mass Effect Andromeda update 1.08 for PS4 and Xbox One will be available soon, however, the official change log is released. The new update brings improvements to the Character Creator, expanded Male Romance Options for Scott Ryder and other improvements. 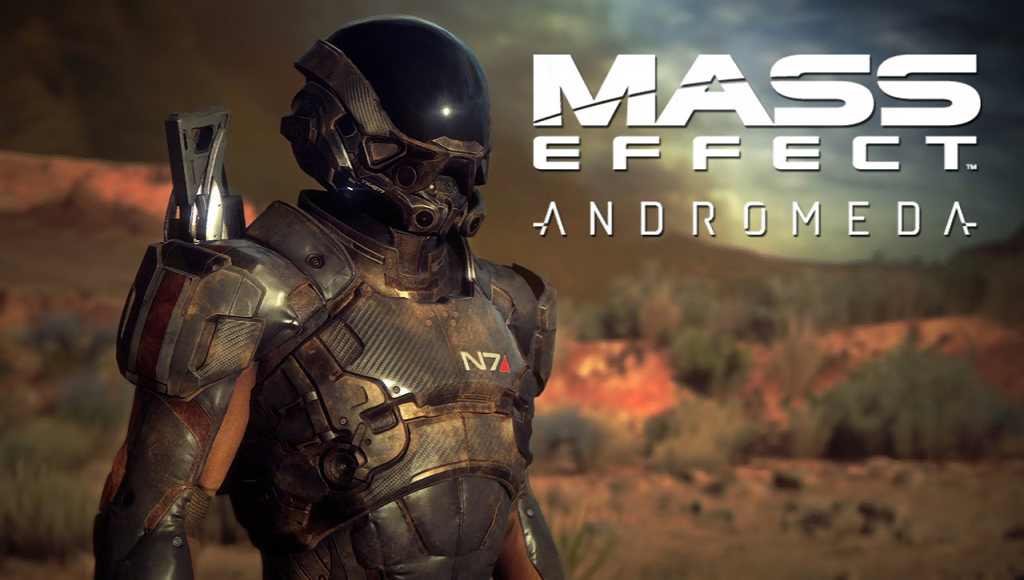 The new update expanded the options available in the character creator, giving you greater control over your Ryder’s appearance. Two new heads were added, one male and one female, as well as a new complexion option and a greater range of available skin tones. We also unlocked all hairstyles for both exes, and added a new bald option.

For players wanting to adjust their look mid-game, Mass Effect Andromeda update 1.08 added the ability to change your character’s appearance onboard the Tempest. And for fans of Alec Ryder’s iconic appearance, you can now choose to keep the default Alec, rather than having his appearance be based on your custom Ryder.

With this new Mass Effect Andromeda update 1.08 for PS4 and XBox One, Scott Ryder can now pursue Jaal as a romance option. There are several important reasons for this change:

Scott Ryder did not have a same-sex squadmate available as a romance option, nor could the achievement for completing three romances be achieved with only male same-sex partners. And as the angara have expressed their fluidity in how they perceive gender, it seemed only natural that Scott could have a relationship with Jaal.

The new update addressed weapon bloom and accuracy. Developers have halved the maximum reticle size for automatic weapons and decreased the speed at which it reaches maximum size. Also, there is now an improved accuracy for these weapons across the board.

Mass Effect Andromeda update 1.07 is now available for download. The latest update fixed an issue where the server would auto disconnect when sending strike teams on APEX missions.

In addition, the update includes enhanced performance and stability fixes. Check out what’s new and fixed in the latest update.

Mass Effect Andromeda update 1.06 is now available for download. The latest update improves the cinematic scenes, particularly in the opening hours of the game. In addition to enhanced performance and stability, we addressed a number of player-reported issues, including a bug that caused SAM to repeatedly tell Ryder they had received new email. Also, now the dialogue options will no longer appear “grayed out” if a character has more to say.

The new update also brings performance and stability improvements, as well as other bug fixes. Check out the changelog below.

Combo detonations on Gold and Silver difficulties also received a buff because they inflicted less damage than intended.

Mass Effect multiplayer is more fun when it’s fast-paced, but low weapon damage limited that pace on Gold and Silver difficulties. There was also a noticeable imbalance between weapon classes, particularly for shotguns and assault rifles.

We’ve boosted the base damage for several underperforming assault rifles, pistols, and shotguns to make them more effective. In particular, we wanted shotguns to become better skirmish weapons, so we boosted their damage and accuracy outside of cover, while reducing the extra accuracy bonus when firing from cover.

We’ll continue to consider potential adjustments for some weapons.

We’ve also changed how difficult some enemy factions are to fight.

Due to their individual survivability, the kett were the most difficult faction. To combat this, we reduced their health and defenses. We also lessened the chance the Fiend will sync-attack on Silver and Gold difficulties. We’re investigating latency issues that cause the Fiend to appear like it teleports when it jumps.

We wanted to make the Outlaws more challenging, so we improved the ability of Sharpshooters and Hydras to push players into cover. We also made the Berserker easier to fight from cover and the Hydra is now stronger and more dangerous.

We left the Remnant untouched and continue to monitor their performance.

Raw damage upgrades increased by a cumulative 25-35% per power

Power damage upgrades increased by a cumulative 20% per line

Increased base duration from 12s to 13s

Decreased Rank 4 duration bonus from 40% to 35%, although the end duration is still greater than before

Increased base primary damage from 180 to 250

Increased base power cell count from 2 to 4

The power’s cooldown now triggers when the turret spawns, instead of when it is destroyed.

Increased base bullet damage from 20 to 36

The cooldown is now 30s, but can be reduced to 10s with the Rank 4 cooldown upgrade.

Increased base damage from 220 to 240 damage per second

Increased base damage per second from 135 to 150

Increased base radius from 6m to 8m

Increased the Rank 6 missile damage from 90 to 450

Decreased the Rank 6 missile cooldown from 10s to 5s

Increased base beam damage from 70 to 100 damage per second

Fixed issue where VI would occasionally get stuck

Decreased base cooldown from 24s to 20s

Increased the base cooldown penalty from 60% to 75%

Biotic Link: can now only apply its effect once every 5s

Saving Barrier: cooldown on the automatic shield regeneration increased from 10s to 15s

Improved the bonuses for Rank 6 evolutions

Increased magazine size from 16 to 20

Increased magazine size from 16 to 20

Maximum accuracy while aiming down sights was slightly decreased; the accuracy penalty for firing was reduced.

Increased magazine size from 1 to 2

Bullet trails added to the slug

Increased magazine size from 2 to 3

Increased damage as the Shadow gets closer to overheating; weapon will overheat faster

Increased frequency of firing at targets in cover

Weak point health now scales per difficulty in proportion to base health, effectively making it harder to break the weak point on Hardcore and Insanity difficulties in single-player and on Silver and Gold difficulties in multiplayer

The free cosmetic items for Ryder is now available. They include “Nomad skins + Casual outfit.” If you bought Andromeda digitally, you can pay to upgrade to the Deluxe Edition through the PlayStation Store.

BioWare is now rolling out Mass Effect Andromeda patch 1.05 for gamers. The update includes fixes and other improvements to the game.

The update also added the ability to skip the lengthy transition animations that play out when traveling between planets on the galaxy map. BioWare has also improved “the appearance of eyes for human and Asari characters.”

Other big complaints that will be addressed in the update include “improving localized voice over lip sync” and tweaks to main character Ryder’s movement when he or she is running in a zig zag pattern. More details below.

EA confirms that Mass Effect Andromeda is releasing on March 21. However, the preload on PC via EA’s Origin will start on March 17. Once you pre-order the game on Origin, a page pops up that shows the game will become available to preload starting at 1 PM ET that day.

BioWare also confirmed that the Mass Effect Andromeda RPG will support HDR. Studio GM Aaryn Flynn confirmed that the game will support high dynamic range (HDR) on both Xbox One S and PlayStation 4 as well as on PC. HDR can deliver more vibrant and luminous images, it aims to make content look more realistic. Users with HDR supported monitors and 4K TVs can take advantage of the feature.

Flynn also confirmed that the game will not have a Season Pass, won’t be available in Arabic. The Mass Effect Andromeda PC requirements will be announced in February. The game will release on March 21 on Xbox One, PS4, and PC.