At Computex 2016, ARM introduced a new mobile GPU Mali-G71 and Cortex A73 CPU. ARM Mali-G71 features a new architecture called Bifrost and support for the Vulkan API. The Mali G71 GPU is 50% better in graphics performance and a 20% power efficient. 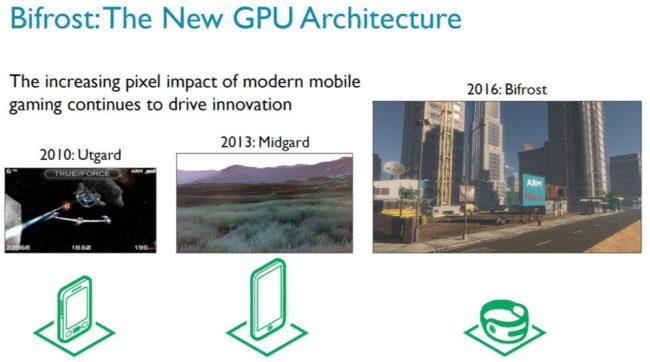 ARM Mali G71 also able to boost Laptop level performance and optimized for VR. ARM is confident that the new GPU can go head to head with an entry-level PC laptop GPU like Nvidia GeForce 940M with support for the 4K resolution. The Mali G71 is scheduled to feature up to 32 shader GPU cores.

ARM new GPU is designed for better VR performance too. Mali-G71 supports 4ms latency at 120Hz screen refresh rates. The real test and benchmarks will start coming in next year.

ARM has licensed the Cortex A73 to over ten partners including HiSilicon, Marvell, and MediaTek. The Mali G71 has been licensed by Samsung and HiSilicon, MediaTek.

MSI has announced Sea Hawk GTX 1080 graphic card with Corsair liquid cooling. MSI teamed up with Corsair to introduce a liquid-cooled edition of the card. The MSI Corsair GTX 1080 card is overclocked to 1847MHz, compared to the 1080’s regular boost speed of 1733MHz.

“Collaborating with MSI again has been fantastic, allowing us to create the fastest, coolest, quietest NVIDIA GeForce® GTX 1080 possible. The result is a card powered by the best of MSI and cooled by the best of Corsair. A match that results in a superb graphics card for the most demanding of systems.”

Nvidia GeForce 1080 is a hottest graphic card in the market right now. MSI SeaHawk GTX 1080 with Corsair liquid cooling squeeze a bit more performance out of the card by combining superior cooling and a overclocked Nvidia 1080. The price of the graphic card is not revealed yet.

Nvidia announced GTX 1070 and 1080 graphic cards with half the price of Titan X.

This video shot by PC Gamer for demonstration. DOOM was running using the Vulkan API(low-level OpenGL API). As you can see in the video, DOOM runs at 1080p/60FPS with V-Sync enabled. Once V-Sync disabled, frame rate jumps to 120-200FPS at 1080p.

NVIDIA has unveiled GTX 1080 its latest high-end GPU. The GTX 1080 is based on Pascal architecture boasts more graphic power than a Titan X, while consuming a fraction of the power (180W TDP only).

Pascal is the most advanced architecture that NVIDIA has ever produced. The new card also includes brand new “G5X” memory, which is the better performer than GDDR5. The Nvidia GTX 1080 is described as more powerful than a pair of GTX 980 cards in SLI and around 25% up on last year’s GTX 980 Ti.

There’s also a new SLI bridge to go with the Nvidia GTX 1080: