The Division update 1.8 will soon roll out on PS4, Xbox One, and PC. According to the official the Division 1.8 patch notes, all players will have access to new PVE mode—Resistance and new PVP mode—Skirmish. In addition, the West Side Pier map expansion will also be available for free.

Alongside the launch of Update 1.8, all three DLC’s for The Division will be available for all players for a limited time. Players without the Season Pass will have the opportunity to play Expansion I: Underground, Expansion II: Survival, and Expansion III: Last Stand until December 10. 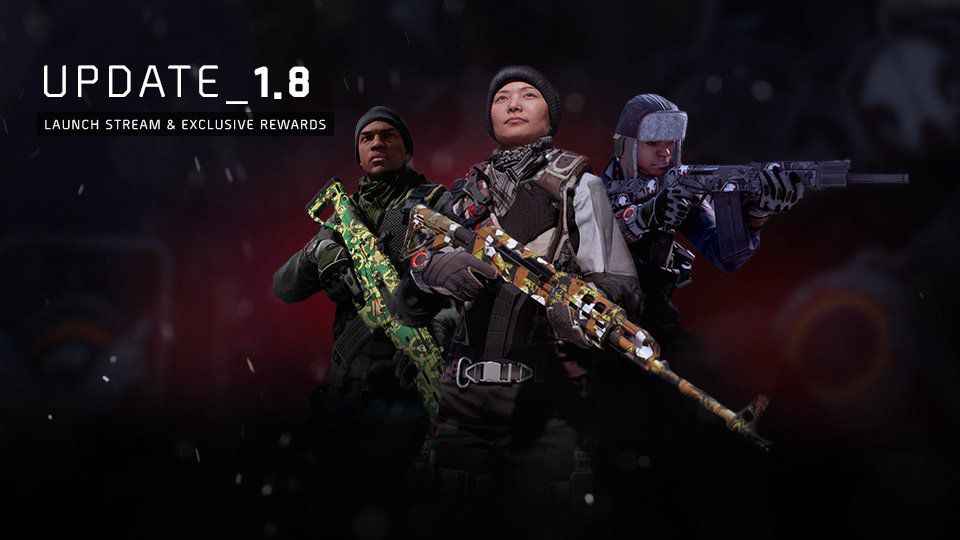 The new Classified Gear Sets which will become available in upcoming Global Events are:

New additions to the Premium Vendor

Check your game update and download latest the Division update 1.8 on your PS4, Xbox One, and PC.

In addition, the Division patch 1.16 has fixed multiple issues including a desynchronization issue which could occur after an agent jumped off a high structure or corner swaps. Check out more details below.

Check your game update and download latest the Division update 1.7.1 for PS4 and Xbox One. The Division patch 1.16 size is around 2.7GB.

Ubisoft’s The Division’s big upcoming 1.6 update patch notes is now available. Ubisoft said in a forum post, “With Updates 1.4 and 1.5, we redefined our end-game and brought a much-needed layer of fun to gear progression and character building. While a lot of progress has been made, there are still many things that need to be addressed in order to bring the rest of the game to the same level of fun.”

Expansion 3: Last Stand
Please note that you must own the Last Stand DLC to gain access to this content.

Update 1.6
The following content, changes, and bug fixes are available free for everyone.

Please understand that the changes listed here are not final and may or may not be fully implemented on the PTS. When testing on the PTS and providing feedback, please keep in mind that some changes might be missing and that balancing is still a work in progress.

New gear sets coming for The Division with upcoming patch 1.1. Achieved upon completion of “the most challenging activities in Manhattan”, the four gear sets are for those who like to specialize. If you’d prefer not to squint at the image above, the details on each are below:

Sentry’s Call
Set bonus (2): +30% Headshot Damage
Set bonus (3): +20% Damage to Elites
Set bonus (4): Talent, Stalker
Headshots mark the enemy, increasing the damage inflicted on the target by 15% for a duration of 10 seconds each. A target can receive up to three marks.

Path of the Nomad:
Set bonus (2): +50% Scavenging
Set bonus (3): +20% Health on Kill
Set bonus (4): Talent, Nomad
When receiving fatal damage, you are instead healed to hull health. Can occur once every 10 minutes

The newest patch rolls out on April 12.

The YouTuber, operating under the online handle Chaz, discovered a glitch that allowed him to travel through various walls and other barriers. At the start of The Division, the game notes that Central Park has become a mass burial site following the outbreak of the Dollar Flu.

In order to visit either Dewitt Park or Central Park, players need to travel to the Dante’s Run Safe House in Hell’s Kitchen and find a metal fence they can manipulate via a glitch by jumping at a certain angle. Doing so allows the player to pass through but the game repeatedly attempts to return the player to the map. In order to access both locations, you’ll also need to overcome obstacles using the Mobile Cover and Ballistic Shield. This video will explain the process.

Ubisoft Massive has not yet confirmed plans to add new areas to New York as DLC in future and it’s possible these areas are simply what’s left of abandoned projects. Establishing a foundation for DLC locations and missions is becoming increasingly common in open-world games such as Destiny.