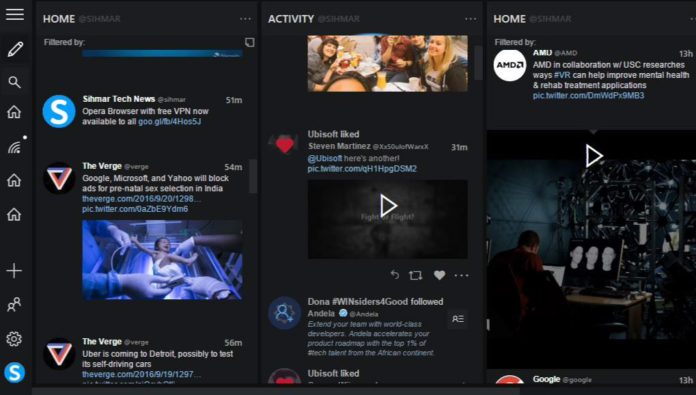 Tweeten app for Windows 10 is now released at Windows Store. Tweeten is a free Twitter client app. Previously, the app was available as a desktop app. Tweeten has a clean user interface which helps you keep track of all the things happening on Twitter. You can download new app from Windows Store. The app is currently available on PC only.

Tweeten’s multi-column UI helps you keep monitor multiple timelines from different accounts the same time. You can keep track of your Twitter Lists, Activity, Notifications, Direct Messages, and a lot more! Tweeten also includes a powerful Search feature which lets you keep track of a specific topic. If that wasn’t enough, you can also schedule tweets using Tweeten. And what about the fun stuff? Well, Tweeten also includes GIF Search and the ability to Save GIFs.