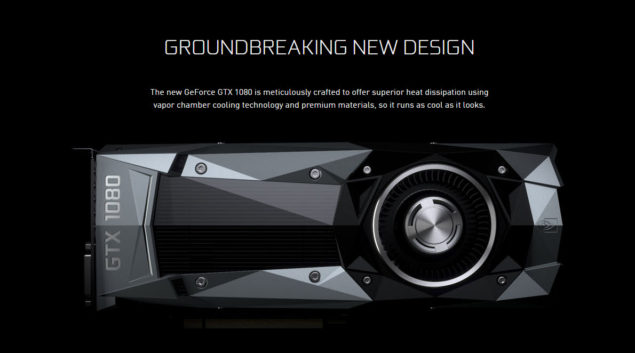 NVIDIA has unveiled GTX 1080 its latest high-end GPU. The GTX 1080 is based on Pascal architecture boasts more graphic power than a Titan X, while consuming a fraction of the power (180W TDP only).

Pascal is the most advanced architecture that NVIDIA has ever produced. The new card also includes brand new “G5X” memory, which is the better performer than GDDR5. The Nvidia GTX 1080 is described as more powerful than a pair of GTX 980 cards in SLI and around 25% up on last year’s GTX 980 Ti.

There’s also a new SLI bridge to go with the Nvidia GTX 1080: