Yesterday, Intel announced it’s 28-core/56-thread high-end desktop processor. The CPU will run at 2.70 GHz as a base clock and turbo frequency up to 5.00 GHz. In Cinebench, it achieved a score of 7,334 on stage, something that’s only bested by multi-processor systems.

The second-gen AMD Threadripper processor will be built using a 12nm process and will be available to buy in the third quarter of this year.

However, the main feature of the new ZenBook Pro 15 is ScreenPad. It is a Windows Precision Touchpad (PTP) combined with an interactive 5.5-inch FHD touchscreen that can intelligently adapt to what you’re doing, making it easier and quicker to multitask and get things done. A simple press of the F6 function key toggles ScreenPad between touchscreen mode and touchpad mode or you can use Screen Extender mode to use ScreenPad as an extension to the main display. Microsoft Word, Excel and PowerPoint offer even closer integration with ScreenPad, with adaptive menus and editing controls on ScreenPad that change automatically according to the app and what task is being performed. 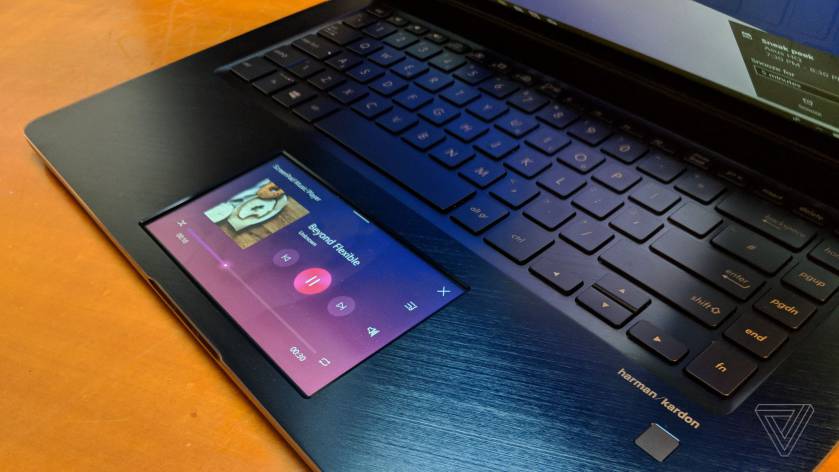 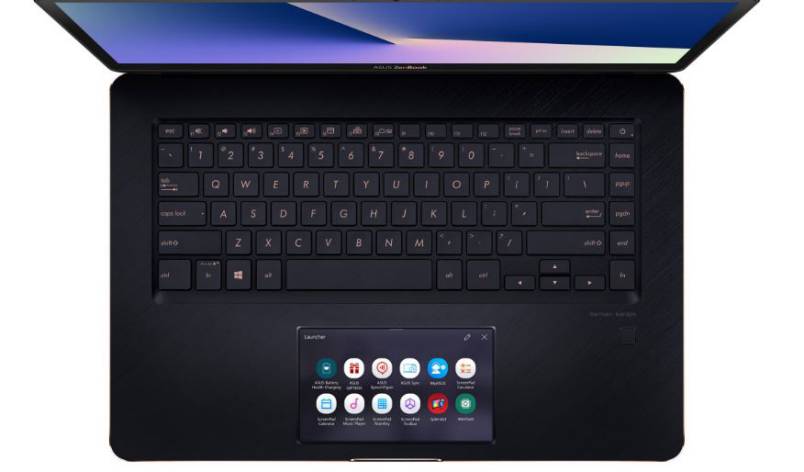 The ASUS ZenBook Pro 15 will be available globally starting July 2018.

The company also announced a new core i7 and i5 processors for laptops with 14nm process technology enabling them to deliver up to 41 percent more frames per second in gameplay or edit 4K video up to 59 percent faster than the 7th generation with same discrete graphics.

The new Intel Core i9-8950HK processor features six cores and 12 threads. It comes fully unlocked and features the new Intel Thermal Velocity Boost (TVB), which opportunistically and automatically increases clock frequency up to 200 MHz if the processor temperature is low enough and turbo power budget is available. This translates to a turbo frequency of up to 4.8 GHz.

Intel has also released a new Data Drive Acceleration feature that delivers a boost to a large secondary HDD data drive. This powerful combination provides up to 4.7 times the game loading and 1.7 times faster media loading.

Consumers will also begin to see a new platform extension with Intel Core i5+, i7+ and i9+ badges on select systems, starting with today’s high-performance 8th Gen Intel Core mobile processors and desktop processors. This indicates they are purchasing a device that has the combination of Intel Core performance with the acceleration of Intel Optane memory.

The new PCs and tablets will be powered by the company’s XMM 8000 series of commercial 5G modems. The chip maker says the 5G modems it’s building will also support 2G, 3G, and LTE.

Intel is showing off a prototype 2-in-1 detachable device powered by an early version of its 5G modem and its 8th gen Core i5 processors at MWC. The company is betting big on these 5G-connected PCs, though details are arguably scarce at the moment.

According to the company – “5G is not just another generation of wireless connectivity. It promises new opportunities for technology innovation across the computing and connectivity landscape from the cloud, to the network and the client”.

It will be interesting to see the battery life of these upcoming PCs. The upcoming Qualcomm’s ARM processors powered PCs are capable of providing up to 20 hours of battery life.

You can preorder Vaio S laptops from here. 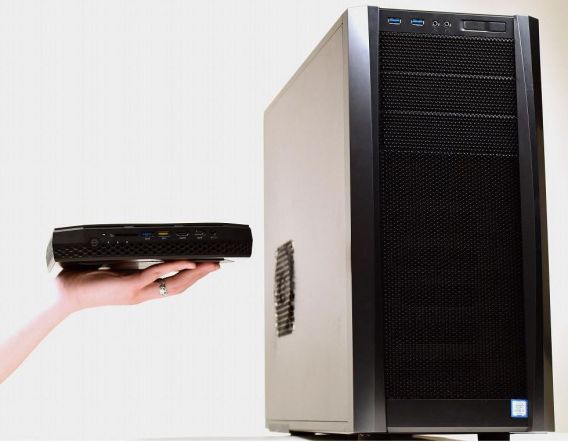 This is also the first NUC that’s VR-ready, so you can use it with your Windows Mixed Reality headset as well as the HTC Vive and Oculus Rift. In addition, the device features HDMI 2.0a ports on both the front and rear of the device, two Thunderbolt 3 ports, and a total of five USB 3.0 Type-A ports. There’s also a USB 3.1 Gen 2 port, which supports data transfer speeds of up to 10Gbps, and dual gigabit Ethernet ports.

According to the company, you can power up to nine monitors. The new NUC will be available this spring, with the lower end model starting at $799, and the unlocked variant starting at $999.

Intel has announced its 8th-Generation Core i7 and Core i5 H-series processors with AMD Vega graphics. The new processors include both the CPU and GPU on the same die. According to the Intel, this reduced the silicon footprint by 50%. Intel’s integrated graphics memory is shared with the system memory, so with dedicated graphics and eight lanes of high-speed PCI Express Gen 3 between the two, performance is greatly increased.

According to the Intel’s official slides, the new dedicated AMD RX Vega M graphics: GL and GH can beat Nvidia 1050 and Nvidia 1060 graphics cards in performance.

Intel 8th-Generation Core i7 and Core i5 H-series processors will feature in gaming as well as ultrabooks laptops.